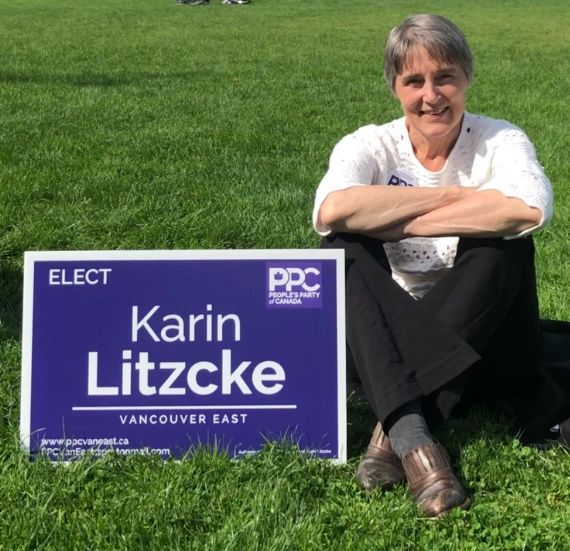 We avoid apocalyptic thinking or enviro-tyranny. We advocate for adaptation to real climate patterns as necessary, and made-in-Canada energy solutions tailored to our geopolitical and economic reality.

We are the only party ready to replace the paternalistic Indian Act with a new legal framework that guarantees equal rights and responsibilities to indigenous people as Canadians and promotes self-reliance of communities.

We promote Canadian unity, not balkanization or diaspora politics. We support immigrant integration into Canadian culture. We do not pander to special interest groups; as such we oppose the intrusion of gender ideology into policy-making.

Allow provinces to innovate by transferring tax room and accountability for providing equal access to care.

Transition the CBC to a true public broadcaster, and abolish media bailouts.

In Vancouver East, the People's Party of Canada wants to change up the conversation about drugs, housing, and the downtown eastside.

These are the things that have to be said if we are ever to break through the entrenched status quo and allow people to self-actualize and thrive.

The People's Party protects the Freedom of Expression to allow a useful conversation to occur.

Let's spread the wave to every household!

Donate to help spread the word in Vancouver East

Send us a cheque:

up to $20 to be accepted in person

About Maxime Bernier and the People's Party of Canada (2019)

Tourism/Agriculture. Prior to politics he worked in law, banking, and finance. He’s done politics the old way and he’s ready to do politics differently, based on the principles of:

To understand my real motives, my critics should read up on “public choice theory.” Developed by James Buchanan, who won a Nobel prize for economics in 1986, it explains how interest groups hijack political debates and capture politicians, winning huge benefits in the form of subsidies, trade protection, fiscal or legal privileges and other favourable regulations. They are willing to devote enormous lobbying effort and large amounts of money to get them.

"We want smaller government because we support individual freedom and personal responsibility. We have faith in people. We have faith that they have the ability, the dignity and the right to make their own decisions and determine their own destiny."